Now Who Is Going To Make This Thing? 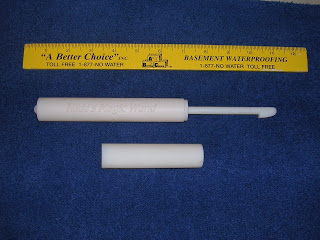 Late 2010-early 2011-So, the patent paperwork is cooking in the background and now we have to figure out what to do next. I know, some who may read this would automatically know the next step. Well, I promise you, we had no idea. We sort of knew you had to get a prototype made, but how? Who makes those? Yes, I know what you’re thinking, “Get on the internet girl!” Well of course I did, but I realized it wasn’t that simple. Turns out you can’t just call up a manufacturer and say, ” Hey, I have an idea for something. Here’s what it looks like. Can you whip that up?” Here’s what they say, ” Um…whip it up? Well, do you have Auto-Cad drawings? Have you worked with a product design professional to ensure the pieces and parts fit and work together?” Insert *Blank Stare* here. My savvy response to their questions, “….No…” So, now the best friend and I are brainstorming on the phone, “Do you know any engineers?” “Well, yeah, but he’s an electrical engineer, do they know about this? Don’t we need a mechanical engineer who has access to Auto-Cad? How much will that cost?” I want to take a moment right here to mention money since I just brought it up. I had about $2500 socked away when this all started and the best friend had money set aside too. The patent attorney had told us that when all was said and done, the patent could ultimately cost $6000-$13,000. Jeesh. So, we knew we’d have some money challenges ahead. I decided to go to my Credit Union and get a loan for $5000. I set it up so that the loan payments would come out of my paycheck so I wouldn’t notice them. So, now, I had $7500 with which to work and the best friend had her cash ready too. This amount was sufficient…for awhile. We’ll get to more money talk later.

Ok, back to who’s going to make this thing. Here’s where I have to tell you about one of my angels along this journey. I got a list of manufacturers in Pennsylvania and started calling down the list. I came across a nice gentleman who told me the machines at his facility did not work with small parts but he had previously worked at a place that did. He gave me the name of the company and a contact name. Well, I called repeatedly but failed to get a return call. I decided I’d leave ONE LAST message and then move on if I didn’t hear anything and this time my patience paid off. A lovely man named Ryan, took the time to talk to me and find out what I needed. Even though his facility did not actually have the machinery I needed, he still vowed to help in any way that he could. His company was considering buying a new machine so he took my drawings to the supplier of the new machine and asked if they could demonstrate how the machine worked with MY drawings. He called me and told me he had the FIRST Nikki’s Magic Wand model in his hands. He was excited to send it to me and I was excited to get it. In addition to this kindness, he gave me a list of reputable manufacturers that could help get this prototype made. I am eternally thankful because this list led us to more angels…and to actually finding who was going to make this thing.

Flash Foward…
10/29/2012— The best friend received the magical, beautiful box  in the mail and said, in these exact words, ” The box has changed my life.” Yes, we are both a bit dramatic but that’s why you would love us so much. We are on track for finalizing all design aspects, sending the balance for the molds ($9700–yes, you read that right) and ordering the first 5000 units. I am SO ready!